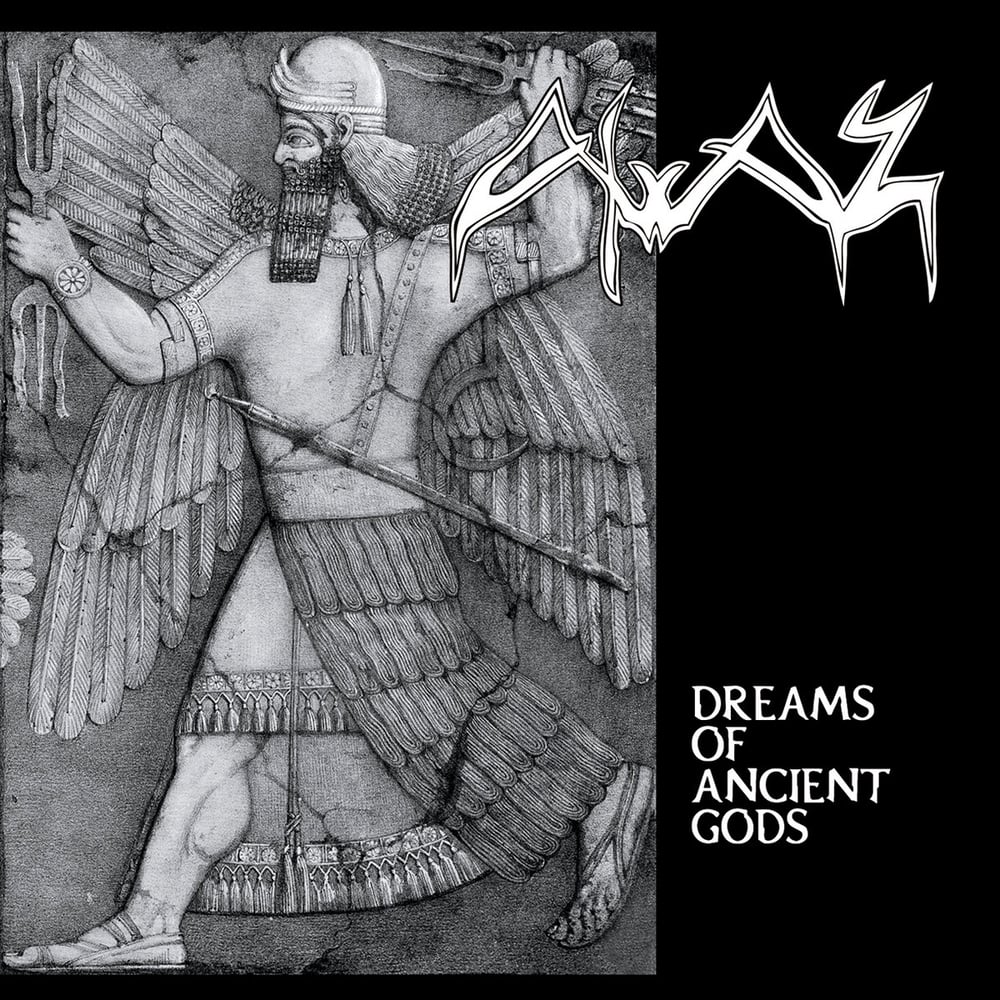 Active from the early to the mid 90's, Aiwaz became well known in the underground Italian death metal scene thanks to their acclaimed hit demo tape, "Promo 94", which featured their own brand of obscure esoterical death metal in the vein of early Morbid Angel. The band split in 1995, soon after recording the more mature and musically accomplished EP "Remote Atavism", which was then left unreleased and collecting dust in the drawer for over twenty years. Following the death of renowned writer and Aiwaz bassist, Lorenzo Amurri in 2016, "Despise the Sun Records" and the other ex-members of the band, have agreed, as Lorenzo had always wished, to release in his memory the collection, "Dreams of Ancient Gods", which contains the "Remote Atavism EP" plus their merciless debut demo tape; both restored and remastered for the occasion by "The Shelter Room”. It should be noted that the band line up, featured drummer Marcello Baragona, who later went on playing with "Stormlord" and "Corspefucking Art". Don’t miss this opportunity to put your hands on this H.P.Lovecraft - inspired forgotten gem of arcane and relentless death metal.

1. Intro - The Whispering One
2. Nyarlatothep
3. For Those Who Practiced Witchcraft
4. How I Was Raised By Wolves
5. Exiled To The Stars - Instrumental
6. Remote Atavism