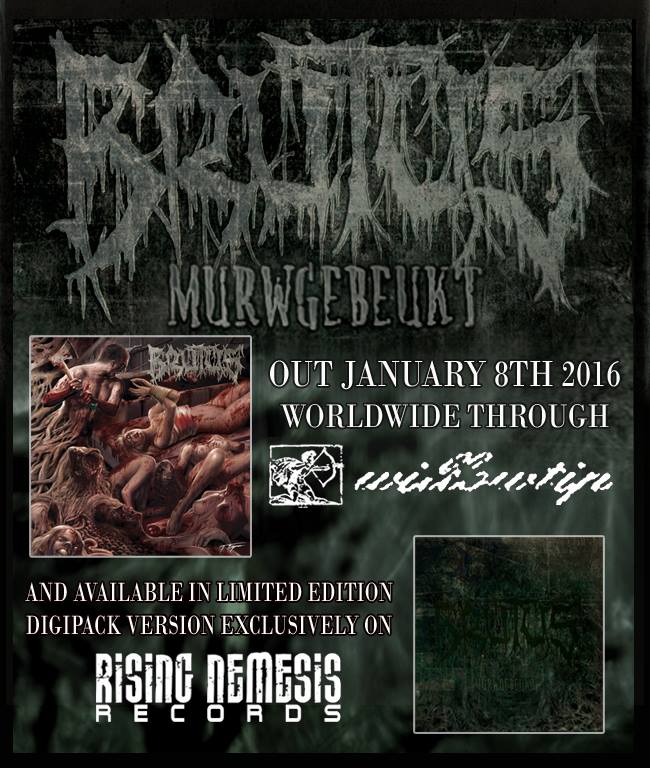 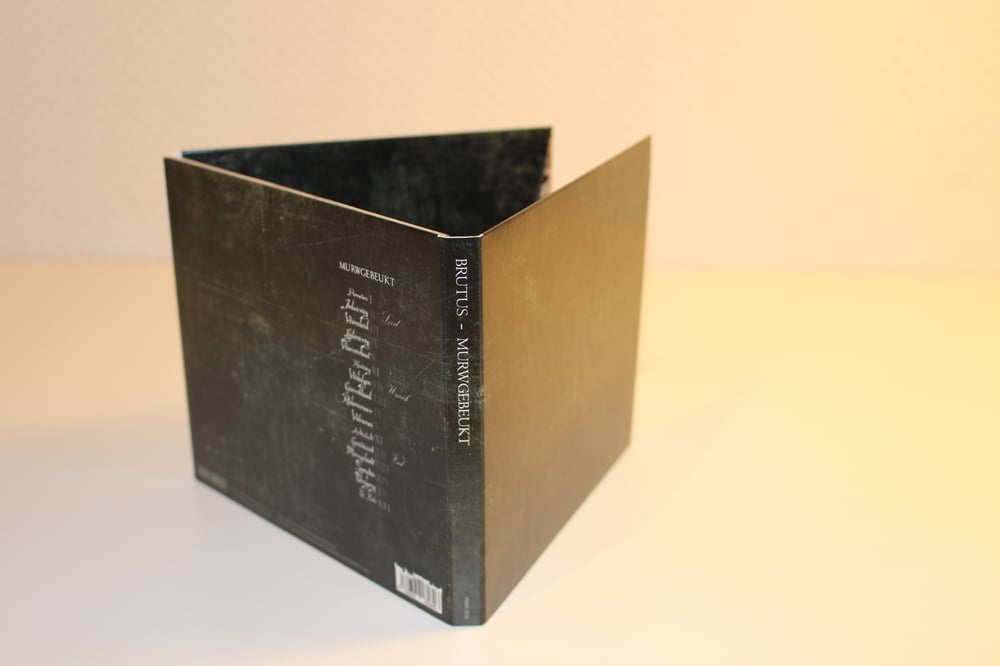 Rising Nemesis Records is pleased to announce that it will release the long-awaited and much-anticipated new album from Dutch death metal band Brutus as a special limited digi pack cd version. Regular version will be released by Willowtip. Over 10 years have passed since Brutus' debut album "Slachtbeest" was released and much has happened inside the Brutus camp. As fans of the band already know, the driving force behind Brutus, Maarten "Ploegbaas" Luysterburg, tragically took his own life in 2006. Since then the band has had a hard time coming to grips with the fact that the fuel had gushed from the machine. But after taking some time off, the remaining members of Brutus decided to continue on, building off the blueprint that Ploegbaas started for a new Brutus album. "Murwgebeukt", the band's first release since 2004, is a triumphant feat in death metal, a 54 minute overwhelming force dealing with the life and misery of an entity that is cheated into mortal existence… burdened, afflicted and finally martyred by it. Ploegbaas was fully responsible for the lyrics and artistic concept of "Murwgebeukt". The furious vocals are delivered atop an intense slab of double bass driven death metal of the heaviest kind, grooving its way through one classic riff after another. Ferocious bottom end brutality not easily compared to any other act in the genre. Distilling diversity from monotony. Brutus' "Murwgebeukt" will be released January 8th, 2016. Pre-orders now.