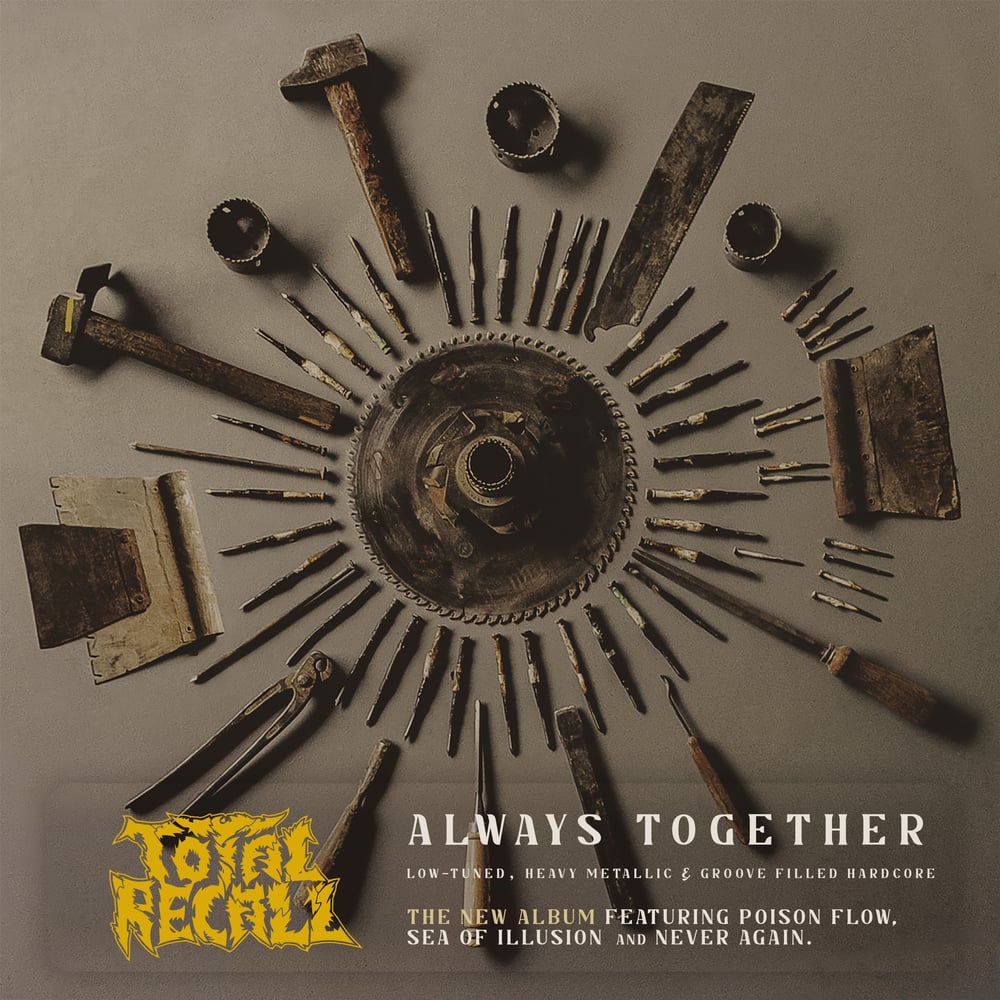 TOTAL RECALL was formed in March 2019 by experienced musicians with 20+ years touring experience in the Metal Hardcore scene who worked with estabilished producers such as Logan Mader (Machine
Head/Soulfly) among others throughout their career.

They decided to form this band to honor the memory
of a lost friend who toured with them for 15+ years, getting back in the game with a low tuned blend of Metallic Groovy Hardcore with strong Post Hardcore influences TOTAL RECALL went public on January 12th 2020 and on January 20th of the same year with the release of the EP “Wooden Scars”.

Recorded, mixed and mastered @ Effort Studio by Marco Gervasio in
January 2020 with the cover artwork curated by Dan Bulgaro.
Short after the release of the Wooden Scars EP, the band entered SPVN studios with producer Steph Orkid Santi (Cripple Bastards, Forgotten Tomb, Hiss from the Moath) to record the 9 songs for the debut album ALWAYS TOGETHER.