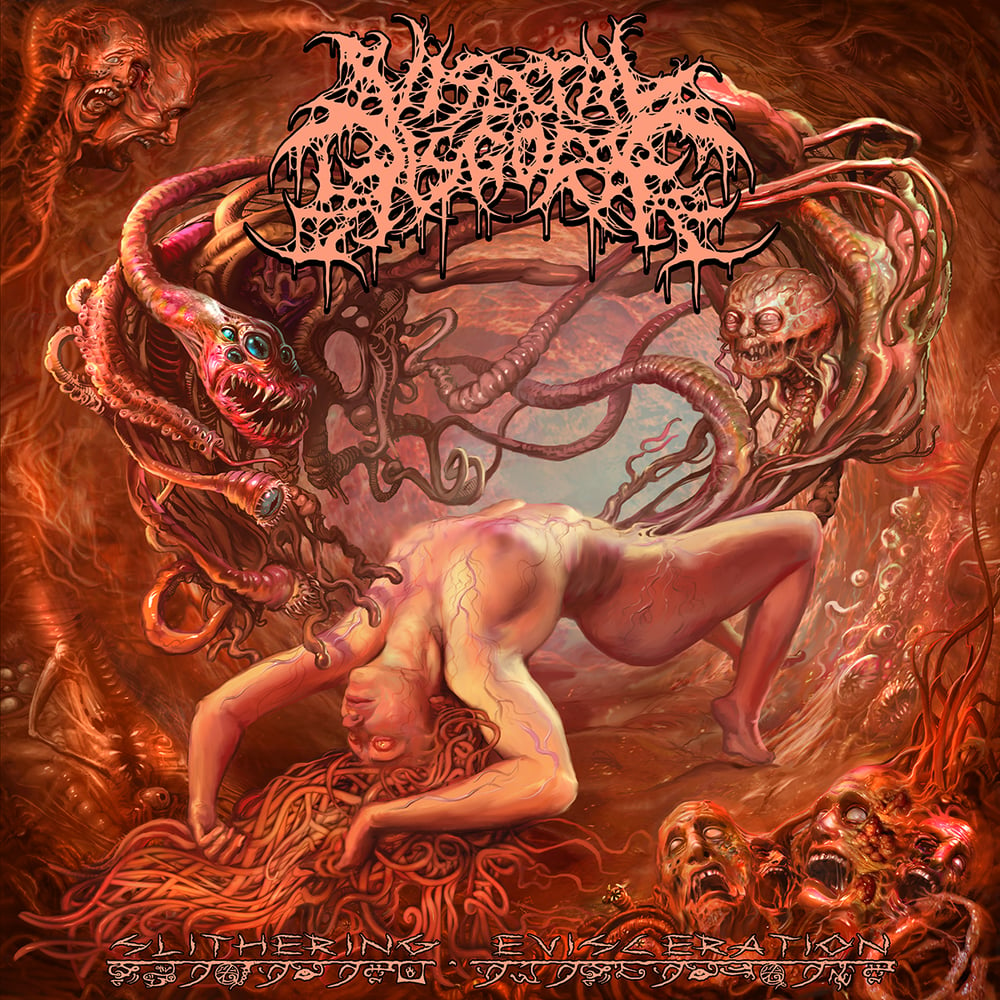 VISCERAL DISGORGE commented on the new release: ""We had a lot of bumps in the road over the years that we had to overcome, but I think that essentially it made the band stronger and more ferocious over time.This album is much faster and more aggressive than our last album with lyrical themes inspired more by Science fiction and Cosmic horror as opposed to the old hack and slash. V.D. is back...the beast has awaken from its ancient slumber ready to obliterate all who stand in its way!". On the upcoming tour, they added: "We're excited to hit the road again this time with our mates in Disentomb and Signs of the Swarm as well as the recent up and coming: Continuum, Organectomy and Mental Cruelty for the SICK support. Make sure to catch V.D. This September on our album release tour".

Emerging from Baltimore, MD, VISCERAL DISGORGE began playing their unique style of brutal death metal; captivating the enthusiasts of brutality everywhere. Shortly following the release of "Ingesting Putridity", their debut album from 2011, VISCERAL DISGORGE started gaining momentum, and quickly developed a loyal national and international following. The album received critical acclaim from several sources, including Decibel Magazine, and is now considered by many as a death metal classic. The demand for the band facilitated metal festival appearances throughout the United States and abroad (inc. Maryland Deathfest, Netherlands Deathfest, Frankfurt Deathfest, Las Vegas Deathfest, Puerto Rico Metal Demolition Fest, Chicago Domination Fest, New York Deathfest or Hammersonic to name a few) sharing the stage and holding their own among some of the industries top heavyweights. Despite having put out only one album, the band embarked on several major tours, inc. a tour with Disentomb throughout the EU and UK (2016), a tour across Canada with Psycroptic and Archspire (2017), a slot on the Devastation on the Nation Tour (2017, feat. Cryptopsy, Decrepit Birth and Rivers of Nihil) and a slot on Bloodletting North America XI Tour (2017, feat. Origin, Archspire and Defeated Sanity). Last year - which marked the band's worldwide signing to Agonia Records - they embarked on Frank Mullen's final tour with Suffocation, Cattle Decapitation and Krisiun, and invested their time into recording their sophomore album.