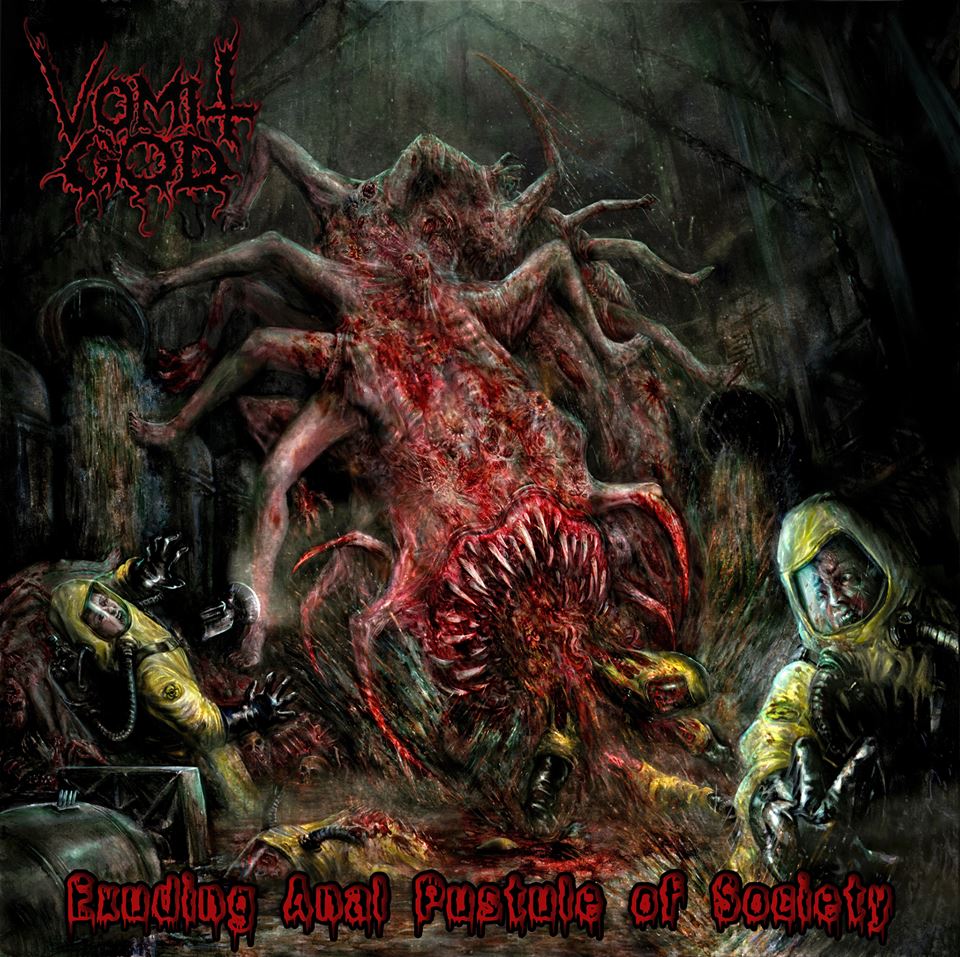 Therefore, we feel greatly honoured to announce that VOMIT GOD, masters of brutality from Denver, Colorado, have signed the contract.

Otto Larson comments as follows: “It is truly a honour for us to be apart of such a great label that has done so much in and for the Underground and the Brutal Death scene!! We are very excited to find a home with such amazing and talented bands and we look forward to building a long and successful relationship with R.N.R. “

Nasar Skripitskij / Rising Nemesis Records comments: “It´s a big honour for me to release VOMIT GOD´s record through RISING NEMESIS RECORDS. Awesome brutal death metal combined with amazing SLAM-parts. Sick riffing, sick drumming, extreme guttural voice and diabolic atmosphere. Very nice personalities. I had the chance to tour with these guys last year when I toured with my band CARNAL DECAY through the states. They killed and slayed every night. Moreover they nailed every song perfect that´s why I am very excited about this release coming begin of 2014.”

Vomit God is a brutal death metal band originated from Denver, Colorado. Otto Larson started the band by writing guitar riffs on a head full of Suffocation, Immolation, Obituary, Testament etc. Already playing guitar in a few local bands, he didn't consider pursuing Vomit God any further than a CD he compiled in his basement. However it was obvious after “Inverted” was completed, that he had underestimated his own talent when fellow metal heads and musicians kept asking for copy after copy. Within a year tracks from the CD were played on 9 different underground radio stations, totaling a whopping 3700 different times. Otto was determined to take his project further, hoping it would outgrow some of the bands he had played in previously, and continued to release a few more tracks and spread them across the internet. Winding up on 2 split CD's, 9 compilations and selling “Inverted” out of print (500 copies) his hard work was beginning to pay off, and deserved recognition was beginning to buzz.
Although many artists play shows as a singular act: playing guitar and grunting their vocals in front of roaring drum samples; this was not the direction Otto wanted for Vomit God. Instead, he gathered a couple of talented musicians and asked them to fill in as live instrumentalists while the band went on tour. So in 2011 Vomit God went on tour with the European bands Vulvectomy, Exhumer and Modus Delicti. As soon as the tour ended the fill-in musicians left to their other bands, with the exception of Michael Nolan (drums) who decided to make Vomit God his new home. Immediately they searched out for permanent members and wound up recruiting Jeff Wells (vocals) and Chris Martinez (bass) as the final additions to their permanent line-up. Within a year Vomit God wrote all new tracks and focused their energy into a new album and a mid summer tour. This time, they decided to accompany another bundle of European bands: Carnal Decay (Switzerland/Germany), Coprophiliac (Italy) and Devour The Unborn (Italy/Texas).
Vomit God has played several festivals including Las Vegas Death Fest, Milwaukee and Minnesota Murderfest with acts as large as Disgorge, Malignancy, Cerebral Bore, Guttural Secrete etc. and accumulated several endorsements including Blakhart Guitars, Dunlop Picks and Vader Cabinets. Also the CD “Exuding Anal Pustule of Society” is to be released soon and another tour with even larger acts is in the works.